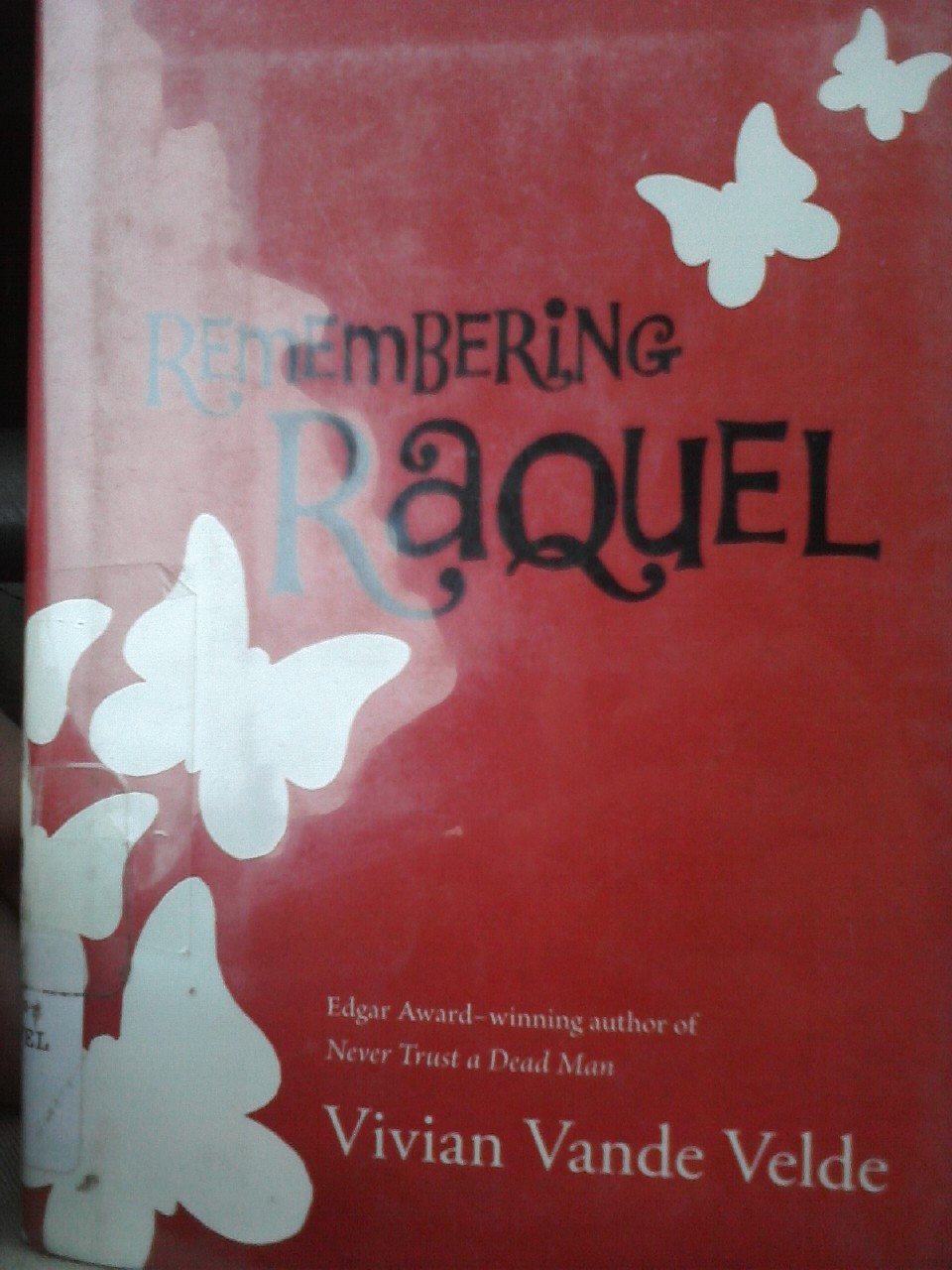 If you hear about a book that’s supposed to feature different points of view about high school children, neighbors, and family members of a recently deceased girl, you might roll your eyes. I was a bit skeptical myself. Even though I trust Vivian Vande Velde to give me a stellar story, this very plot idea reeked of a glorified ant-bullying PSA—until I read it.

See, I should have trusted Vande Velde!

In Remembering Raquel, every person in young Raquel’s life has a chapter featured that includes their own personal story with the titular character—whose death was likely an accident, depending on whose recollections you read, and not the suicide attempt that some people believe. It is slowly revealed that she is not just the school “fat girl,” but a bright, funny teen with at least one good best friend, who sadly was split from her after their elementary schools were funneled into middle schools—which happens to kids all of the time.

It’s not a pandering book. There aren’t big revelations like, “Oh, if I’d been nicer to her Raquel would still be here!” There are a few subtle realizations like this, but mostly there is just the remembrance of a girl who didn’t mean a lot to most people until she died. There is also the forging of friendships—and the learning about one’s self that often occurs when faced with mortality.

Of course, there is also the stuck-up airs of people who can never seem to get over themselves no matter what, who do not possess a shred of humility or compassion, and that was actually enjoyable to read, too—not because such people are a delight to be around, but because it’s the truth, and it helps us remember that even if life gets hard and we suddenly aren’t in the picture anymore, the people we wish would change often won’t anyway.

I enjoyed this YA novel and I think teens would, too, though it’s not like Vande Velde’s other works as much as I’d have liked it to be. It still had some surprises in store for readers, which is her trademark, but I guess I just wanted a witch or a talking wolf somewhere…That, of course, is just my love of fantasy coming through. Kids who enjoy coming of age novels, and teachers who are looking for age appropriate material, would probably do well with this short novel.

We Support
Climate Activism
Click to reach the League of Conservation Voters.
Conversation Processing Intelligence™ beta website!
Click here to visit the hub of the Klat Network.
This site is part of the Klat network of blogs, forums, and communities.

Little Mouse on the Prairie
Welcome to Colombus Book Club